Home Formula 1 FERRARI SF70H: gearbox is very different than that of SF16-H
Share
Facebook
Twitter
Pinterest
WhatsApp
ReddIt
Email
Print
Telegram
One on the issues on Ferrari’s 2016 car was the fragility of the gearbox, which led the two drivers to receive numerous penalties throughout the season. 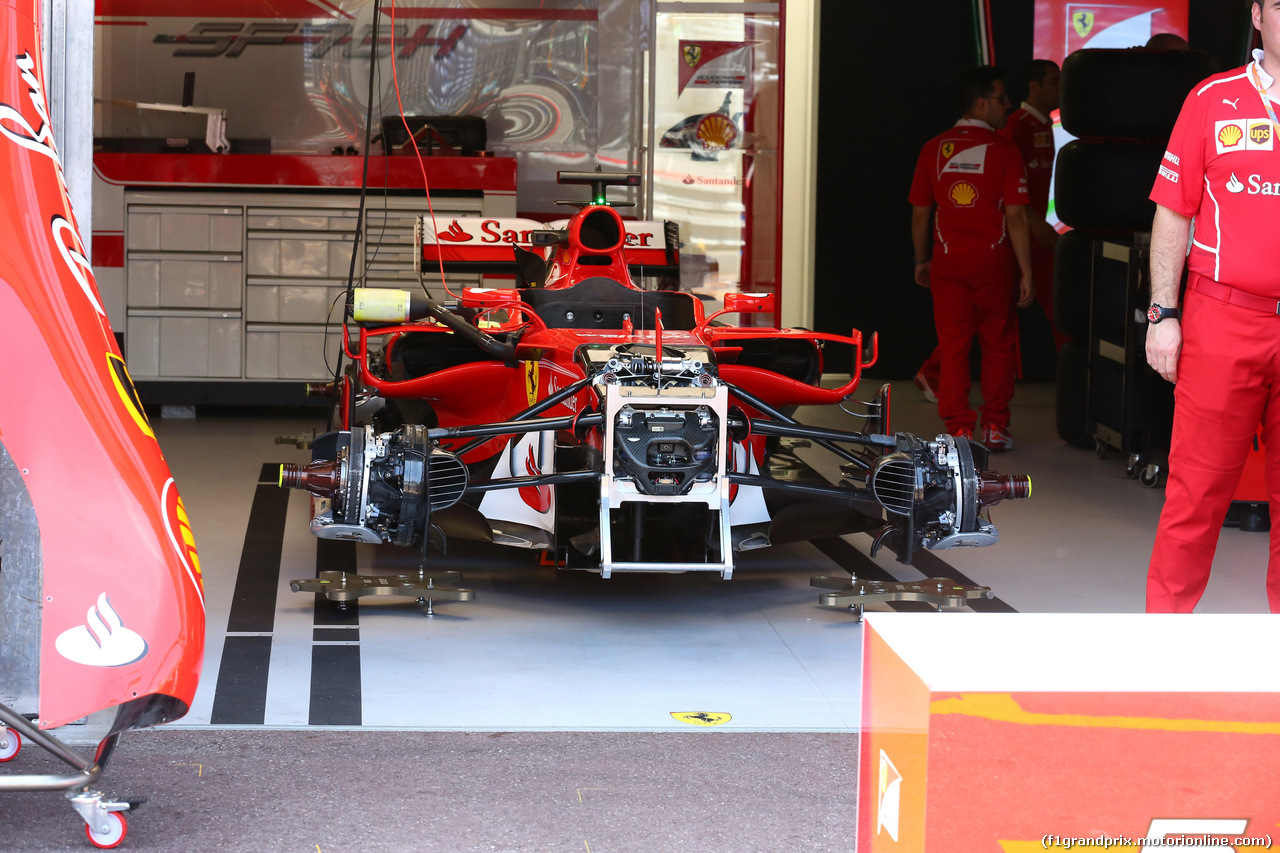 The men in Maranello worked very hard on last year’s transmission. The aim, which they achieved, was to minimise the room taken up by the gearbox, in order to free up space for air to flow through the coke bottle area. This is a critical part in the overall generation of down-force. To reach this objective, Ferrari opted to compact some components of the rear suspension system in between gearbox and differential.

So the fact the the box was made as small as possible coupled to the fact that it had to sustain stress from the suspensions, meant that the 2016 transmission often broke.
During winter, Ferrari revised the whole gearbox: the rear suspensions kinematics have been changed, whilst maintaining the pull rod set up and the location of some components between the gearbox and differential. To further mitigate any problem, it looks like they’ve also reinforced the case, adding more composite material to the construction. Finally we can see in the picture above that, in the 2017 spec, Zircoflex is used. This product is a mix of two materials: ceramic, which acts as a shield for heat, and gold, which reflects up to 98% of it.
All these modifications seem to have done their job so far, being that the only problems the boxes’ve had in the last 6 races, have been on the electronic side and not mechanical.
Written by @spontonc & @smilextech (ORIGINAL) – Translated by Giovanni Oppizzi